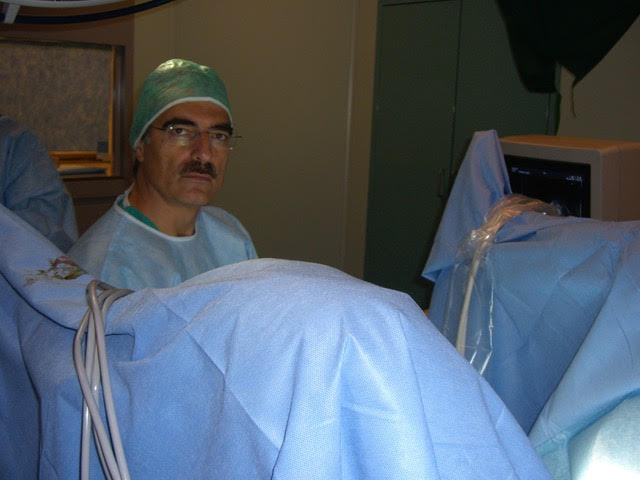 Urology is a medical and surgical specialization that deals with the genital and urinary apparatus and related pathologies.   The kidneys, the bladder, the urethra, the prostate and the testicles form part of that apparatus.

The term "urology" was used for the first time in 1840 by Leroy d´Etiolles, who was one of the organisers of lithotripsy in Paris.

The history of urology originates in very ancient times.

In Southern Italy and Greater Greece, during the 5th century B.C. it was Hippocrates who coined certain terms that have formed part of the medical lexicon and which are still used today:

dysuria (difficulty in urinating), stranguria (painful micturition), and ischuria ("drop by drop" urination that occurs in urinary retention). The descriptions found in the Corpus Hippocraticum are however too diverse and fragmentary for us to be able to assume he had precise knowledge of the urogenital apparatus from an anatomical viewpoint. We will have to wait until the 3rd century B.C.  for all the knowledge in the urological field to be organised at the Medical School in Alexandria. In particular, the first anatomical description of the prostate is attributed to Herophilos, and it was defined by him as "prostatai adenoides". Erasistratus on the other hand is credited with certain writings that describe the use of sliver probes in exploring the urethra in the case of urinary retention. A defining contribution to urological studies was then made in the 2nd century A.D. by Galen, whose anatomical studies were however based upon animal dissection, since the imperial law then in force did not permit autopsies on human corpses.

It was only after 600 A.D. that the practice of uroscopy  (examining urine for colour, appearance and density, with the direct observation of the same on the part of the physician) was made into theory by Byzantine medicine, and in particular through contributions from Theophilus Protospatharius and Joannes Actuarius. It became an indispensable part of a medical examination, and spread very quickly across all of Europe.

In the Middle Ages, medieval urology underwent a period of great progress between 1000 and 1200 thanks to the Salerno School of Medicine, renowned for the skill of its doctors in treating vesical stones.

With the advent of the Renaissance there was a significant increase in anatomical studies: the publication of De Humanis Corporis Fabrica by the Belgian doctor Andreas Vesalius in 1543 was the watershed between ancient and modern anatomy. A further input for anatomical study came from the invention of the microscope. In 1661 the founder of clinical microscopy Marcello Malpighi spoke for the first time of renal glomeruli and the microscopic vascularisation of kidneys. In general, during the whole 1600s, the guidelines for studying the anatomy of the urogenital apparatus and of the kidneys in particular were better defined, with special reference to the mechanisms for passing urine.

Thomas Bartholin (1616-1681) was the first person to finally describe the prostate in exactly the way we know it nowadays, but it was Giovanni Battister Morgagni (1682 - 1771) who, in his treatise, spoke of a great variety of pathologies of the urogenital apparatus, amongst which were prostatomegaly and tumours of the kidneys and bladder, so much so that he is considered to be the father of modern pathological anatomy.

Modern surgery in the urological field started in 1827 with the first operation of which we have records for prostatic hypertrophy performed in France by Jean Amussat, retropubically via the abdomen. Then in 1899 Paul Freyer performed a transvesical prostatic adenomectomy for the first time in London, using a technique still in use today. At the start of the 1900s the first endoscopic instruments were created, which were then gradually perfected over the course of the entire century. In Italy, the definitive scientific recognition of urology took place in 1921, in which year the SIU (Società Italiana di Urologia - Italian Urology Society) was founded. 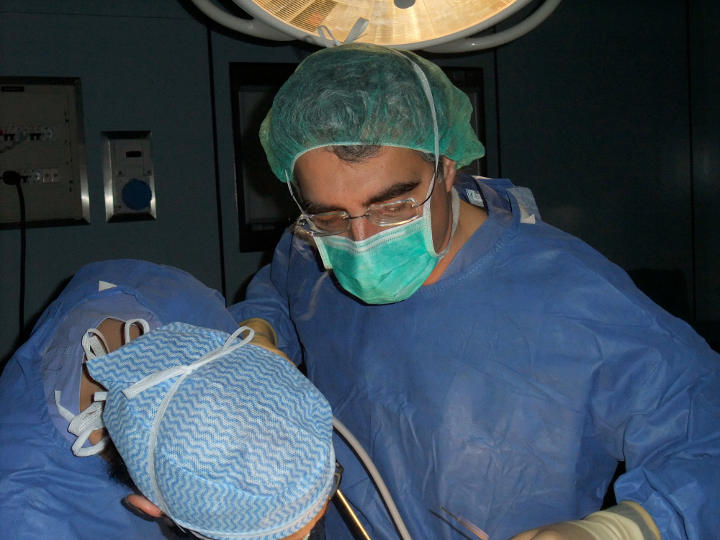 In modern times the history of urology has interwoven with precision in all developments that medicine has had in the last 100 years. Technology has heavily influenced the surgical techniques, just think of the extraordinary importance that now have the flexible and miniaturized endoscopic systems that allow easy tracing from the bladder along the ureters to the kidneys to see, diagnose, and even work in them without opening the body of the patient.

Another typically urological example is the extraordinary and widespread use of the Da Vinci robot to assist surgeons in laparoscopic procedures.

Or to proceed further into the future in the techniques of percutaneous removal of tumors with needles that are much less invasive than the robot itself.

Regarding the early diagnosis, projects of prevention and early detection of prostate cancer in the men's field are especially important, they work through the proper use of the PSA test (which the friend Richard Ablin, its discoverer, has recently put in criticism for its abuse or ill-use), or of early detection of renal tumors. If they are smaller than 4/5 cm, they allow now the minimally invasive techniques, that is, without absolute necessity to remove pieces of kidney or even the entire kidney.