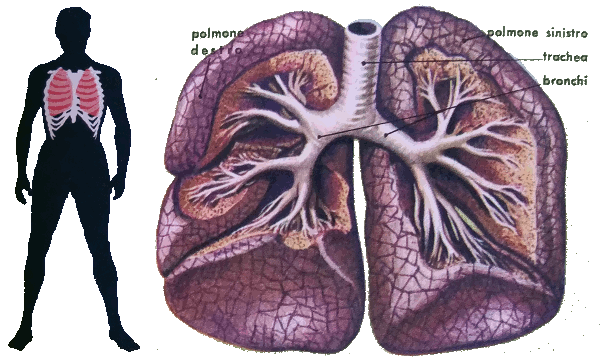 Cryoablation of thoracic tumors is often advantageous when compared to radiotherapy in the treatment of primary lung tumors (1) and can be used with curative intent even for metastatic tumors (2). The technique consists in introducing inside the tumor one or more thin needles called cryoprobes, under CT guide. Generally the procedure takes place under local anesthesia, with or without associated sedation. The ablation of the tumors takes about 50 minutes in addition to the time needed to properly place the cryoprobes.

Sometimes the extension of the tumor allows only a reduction in volume to obtain an improvement of the symptoms. An example of such situation is the bronchial compression causing respiratory deficit. Another situation is to complement chemotherapy using cryoablaton as a cytoriduction called also debulking. Recent work (5) has confirmed its safety and effectiveness when used under CT guide.

Also for the lung the association of immunological therapies and cryosurgery is confirming (6) as the new frontier. Our cryoteam in Malaga is at the forefront even in these innovative therapeutic assiociation.

The lungs are two almost symmetrical organs that allow gas exchange between the external environment (ie air) and our body through the blood; the latter is oxygenated and expels the carbon dioxide produced by the body.

Breathing occurs mainly due to the contraction of the diaphragm and thus loses, increases the negative pressure in the thoracic cavity and allows the lungs to expand. The alveoli are the seat intended in gas exchange due to the large amount of capillaries which surround them and the physical characteristics of the membrane that separates them.

The lung environment is very fragile; to occur the exchange of oxygen and carbon dioxide, it is necessary that there is a lot of moisture. Unfortunately, these conditions are also ideal for viruses and bacteria that can proliferate very easily throughout the respiratory system. But these are not only the main enemies of the apparatus. Too polluted air and / or frequent use of toxic volatile, physical inactivity and smoking, undermine his balance.

In less than 10 1caso on the other hand, tumors develop in the nerve tissue and endocrine (we'll talk then of carcinoid lung) or lymphatic tissue (and talk of pulmonary lymphoma).

The majority of lung cancer cases are asymptomatic during the early stages. Generally it is diagnosed during other controls or if you think that a tumor already diagnosed, may have given rise to metastases. The tumor also can give rise in turn to both metastasis by lymphatic either through the bloodstream.

The small cell lung cancer is undoubtedly the most aggressive and can also create metastases stadiums more "immature". It is remarkably uncommon in nonsmokers and very frequently instead for those who have the habit of smoking such as squamous cell carcinomas that are rather non-small cell cancers. In the same category, adenocarcinomas are the most common forms of non-smokers and may originate from prior serious infections such as pleurisy.

In the presence of the first symptoms you proceed with different tools such as chest X-ray, bronchoscopy, MRI and PET. To understand the nature of the tumor instead it is required to perform a biopsy histology, or sputum cytology in which there may be cancer cells.

Cryoablation of thoracic tumors appears advantageous compared to radiotherapy in the treatment of primary lung tumors (1) and can be used with curative intent for metastatic tumors (2).

This thermal ablation is also room for the initial treatment of tumors of the lung (3) when you decide not to resort to drastic measures of removal and invasive that traditionally are performed in the open or thoracoscopic, ie without opening the chest, but introducing only the thin tubes inside the chest cavity. Therefore interventions are invasive and require the removal of large parts of the lung, with obvious consequences on the respiratory capacity of the patient placing cryoablation as an alternative.

When you can not these programs will instead, you prefer to radiotherapy with all the risks involved (1) combined with chemotherapy.