A green light produced by super powerful frequencies of said KTP laser is the principle of the new technique against benign prostatic hypertrophy, a chronic disease of the gland that affects a high percentage of men in their fifties , set to increase so exponential for the progressive lengthening of life.

The prostate is a male gland located at "sleeve" around the urethra, which with its secretory function contributes to the production and vitality of sperm. It is subject to various diseases, and among these frequently all'ingrossamento volume , which can also be substantial making urination difficult to compress the urethra that results.

The decay function of the prostate is an event characteristic of old age which occurs after 50-60 years (it is estimated that concerns 70% of men over this age and 80% after 80 years), but not infrequently even much earlier. The first symptoms (difficulty with urination, inability to empty the bladder, urinary retention) diagnosis of benign prostatic hypertrophy occurs after a specialist through the rectal examination and prostate ultrasound assisted by dosing blood of a substance produced by the prostate, PSA (Prostate Specific Antigen). "The approach to this problem - said Lugnani - may be to surgery , which traditionally tends to relieve obstruction by removing that part of the gland that growing obstructs the urinary channel. This is to restore an effective urination. There are interventions that without being so serious as that radical debulking, large and risky that you do when there is a malignant tumor, are still a type of invasive surgery and its risks are not negligible " . "After an intervention of this kind in fact - continues - are not uncommon urinary tract problems of infectious and sexual character. On the other hand, the approachpharmacological , in an initial phase and early, effective and when possible (which responds to a conservative logic of the organ), does not cancel completely any risk for the patient , subjecting it throughout life to a therapy resulting in side effects. "

Contrary to traditional techniques, the fotovaporizzazione selective prostate with green laser light of high power reconciles effectively the need to restore the functionality of urination useful with a minimally invasive procedure with a low impact . "You run into spinal or general anesthesia - explains Lugnani - introducing the endoscope through the urethra with the fiber laser that heats up to hundreds of degrees the part of the prostate gland in surplus, literally vaporizes the hypertrophic tissue and coagulates the surface. In less one hour is accomplished remedial action for the obstruction that prevented normal urination, without bleeding and need for blood transfusions , with fewer postoperative complications, resumption of normal daily activity in very short time, even in patients with chronic retention complete in very old age or in the general conditions are not optimal. "

Given the encouraging results of this technique proven and safe, the Italian Society of Urology (SIU) is launching a warning because in Italy many doctors pretend to work with laser technology operations using instead the classic endoscopic resection .

"It is with great personal and professional satisfaction - concludes Lugnani - I can say that this practice has solved positively, with final results and long-lasting, the problems of very different cases. It will gradually apply this technique laser to a growing number of patients up to replace the traditional surgical techniques , as claimed by Professor Gordon Muir of London , one of the leading European experts in this technique. This is the goal we are setting ourselves, constantly collaborating with European more accredited, to ensure a safe, effective, widely applicable in the near future. " 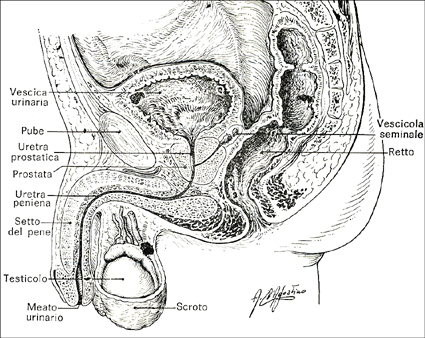