In Trieste Richard Ablin, the inventor of the examination, which warns: "In the US one million operations or unnecessary therapies"

He teaches at the University of Arizona College of Medicine, but is known worldwide for its connection with the PSA test, which detects blood in the prostate antigen and which is still used as an indicator of possible cancer in this gland. Richard Ablin, a specialist in immunology and pioneer techniques for cryosurgery, is these days in Trieste. He will participate in the World Congress of cryosurgery XVT, organized by the International Society of Cryosurgery (sic), to be held at the Centre for Theoretical Physics Abdus Salam, under the patronage of the President of the Italian Republic, the Region and the Municipality. The official opening will be tomorrow at 17.30 at the Teatro Miela with a round table right on the PSA and cryosurgery. Ablin, who for several years was highly critical excessive use, 'or rather abuse, the PSA for diagnostic purposes, agreed to tell in advance the background of a "malpractice" Medical, which is the one that stirs behind the scenes of this protein. 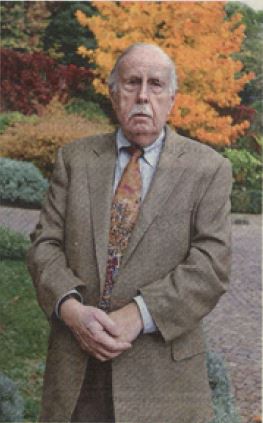 Professor Ablin, she has criticized the use of PSA for the diagnosis of prostate cancer. Why?

Despite its name, PSA is not a specific marker for prostate cancer. Therefore it can not be used to diagnose a tumor that appears for the first time, but rather only to follow its course, if it reappears after a targeted treatment to eliminate it. In this case it is useful. Otherwise, the reference value blood chosen by companies who sell the test does not prove the fact of the presence of a malignant tumor. You may have a tumor who has values ​​of 0.2, and be healthy even if you have a PSA amounted to 11.00.

Because the prostate is subject to three different types of noise are: prostatitis, which is a simple inflammation. The pro-static benign hypertrophy or enlargement of the gland that is not a prelude to cancer. And the tumor itself. Therefore fluctuations in PSA may be due to a simple inflammation or benign enlargement, which does not require further investigations.

What has happened since the test was approved by the FDA for diagnostic purposes?

A disaster: in 1994, the year of its spread, more than one million Americans have been operated on or treated for prostate cancer with no real need. In most cases, in fact this tumor proceeds slowly without lead to death. It is present in 40% of males, even at 50, but you can live peacefully. Conversely, does a lot more damage despair that attacks those who perceived ill, combined with the physical stress of further testing or operation that often affects younger people with other diseases to be monitored.

But then, studies of thousands of patients?

The latest European study of more than 120 thousand patients is clear: every 1,048 patients are 48 tumors, which are treated. But only one of them for the early detection results in a life-saver. For other treatment does not make a difference.

First we distinguish between those who are familiar and who does not have it. The former are more at risk of seconds. The first analysis should be started after age 50, with three successive measurements of PSA over 12months. Only in this way, by following patients over time, a serious doctor can understand what to do. This tumor is better coexistence vigilant that a war in the open field. 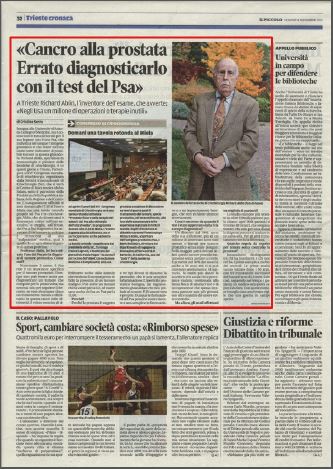